After the Austrian team last year in Brnu achieved its first victory in the elite class, and two more were scored by their satellite team Tech3 supposed to be after Pierre's opinion the fight for the title is a completely realistic goal.

In addition three wins (along with Tech3) added eight more podium finishes to the winners. Together, he was their best racer Espargaro Pol in fifth place, which, meanwhile, has already passed to Honda. His place in the factory team will be taken by the winner of two races last season Miguel Oliveira, to the satellite team Tech3 so he joins Danilo Petrucci, also already a winner of elite class races.

"In 2020, we exceeded all set goals," is for Speedweek.com he said Pierer. We have a technical basis at our disposal, which gives racers with different driving styles the opportunity to win and make it easier for newcomers to adapt. Our goal for the upcoming season is to fight for the world title and win it if the opportunity arises. ”

Their ambitions to win the title next to theirs own progress they also derive from the case Suzuki's teams. The smallest Japanese team returned to the elite class in 2015, two years ahead of the Austrians, and last year with Joan Mirom has already encroached on the world title.

He may have put a little more pressure, especially on the factory racer Hubert Trunkenpolz, a member of the KTM board. He believes that they are so Olive tree feces Binder mature enough to reach for the title this year. As an example, he added Mira, who became the champion in his second season.

“Oliveira and Binder have been in this business long enough now. If you want to win a title this has to happen soon. You can quickly miss an opportunity. There are now many fast, young racers in the MotoGP class who are not invincible, such as Morbidelli, Quartararo, Mir and Rins. All very fast. As a team, our benchmark is definitely Suzuki. ” 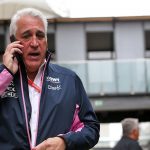 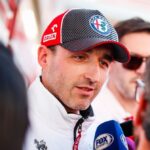