At first glance, it is clear which major rival he will "face" NIO ET7. Tesla Model S has been on the market for some time, and the Chinese will try their share of the electric cake cut with a modelapplicable on the domestic market (recalculated) 47.750 euros, but batteries are not included in this price. If you buy a car with batteries, it will cost you everything 56.600 euros.

For that money NIO offers battery capacity 70 kWh, and for an additional fee, you can also think of capacity batteries 100 or 150 kWh. With the largest package, the range is extended to 1.000 kilometers on a single charge. The electric drive assembly is otherwise capable of maximum power 480 kW (653 HP) and 850 Nm of maximum torque, enough to sprint from a standstill to a hundred in 3,9 seconds.

William Li, the founder of the company NIO revealed that it will ET7 also available with a new autonomous driving system (monthly surcharge of 90 euros), which, in Lee's opinion, is significantly better than Tesla's Autopilot, but also sees an important advantage in the rapid replacement of batteries with the system Power Swap Station 2.0, where the unit should be able to be replaced in less than three minutes. 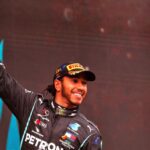